How not to respond to negative feedback 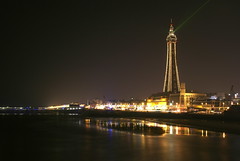 We’ve all been there: that moment when you see the red dot in the pristine line of green, reading the utterly unreasonable (and probably untrue) comment, furiously wondering if they know just what they’ve done… teeth grinding, reaching for the keyboard to respond and let the world know just what an idiot that buyer is…

And we all know we shouldn’t, right? I don’t need to tell you, step away from the keyboard, get off the net, go away from temptation for a while and preferably sleep on it. But I probably do need to pass on that advice to one hotellier, who last week threw a guest out of his hotel on suspicion of having written a bad review on TripAdvisor. The man and his partner were told to leave 2 days into a 3 day stay, by the manager, who then called the police (but didn’t refund any of their money).

I was so stunned by this story, I went to find the reviews on TripAdvisor. And what entertaining reading they make. The owner flat-out denies that many of the reviewers even visited the hotel. Others, he says, were asked to leave because of their “bad behaviour”.

It’s long been said that sellers’ responses to negative feedback are much more telling than the feedback itself. And that’s as true off eBay as on it. It’s hard, seeing your business slated in public; but responding to it with outright denial can never be the way to handle it. If it’s one bad reviewer, you can ignore it; several, and you’ve got a problem you need to address. But what if it looks like that? A friend and I were discussing what we’d do if our hotel had reviews like that – there are times when you need to cut your losses, and get out of the business because it’s obviously not what you were born to do.

4 years ago
Are reviews trustworthy if companies go legal every time they get a poor rating?
7 years ago
Barred for writing a bad review – Can reviews be trusted?
9 years ago
Online reviews shake-up: Yelp buys Qype.
See More Stories

2 hours ago
Rt: Would not be a shock if RM are being Restructured and trimmed up for a...
15 hours ago
Jonty: @Rob Royal Mail to fine customers if the over declare weight. Just about says it all...
19 hours ago
Rob: I spoke to RM last week about this because like others I always add a...
22 hours ago
Daz: Royal Mail.... this is starting to become very tedious, has anyone looked at the dedicated...

Pay checks into PayPal with your iPhone
We use cookies so we can provide you with the best online experience. By continuing to browse this site you are agreeing to our use of cookies. Accept Read More