eBay to ban all ivory sales 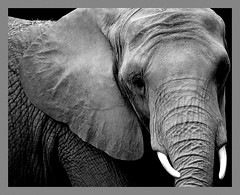 Official eBay blog eBay Ink has announced that the company are to institute a worldwide ban on the sale of ivory. The new policy will be effective from December, and will be actively enforced from January. Antique items (pre-1900) which contain very small amounts of ivory – such as pianos with ivory keys or furniture with ivory inlay – will still be allowed, but other items which are mainly ivory, such as jewellery and chess sets, will not be permitted for sale regardless of their age.

Last year, eBay banned cross-border sales of ivory items in line with CITES, which prohibits international trade in endangered plants and animals, and items derived from them. However, wildlife charity the IFAW had said that this ban did not go far enough and that eBay needed to prohibit ivory sales completely in order to stop unscrupulous dealers from falsely claiming their items were legal antiques rather than the result of poaching.

Updated to add: Brad Stone for the NYT has some more info on the timing of this policy change.

15 hours ago
Fred amith: Basically fedex.shouldnt have bought tnt with their shit freight and shit infrastructure and shit staff...
2 days ago
ID: The Pitney Bowes report is based on PARCEL volumes, so how can you discount Royal...
2 days ago
R: ah ha we stand corrected, were with andy on this what clown...
2 days ago
stuartfrvs: Very much a rose-tinted glasses type of view - in no way objective. His job...

Novelty bank notes, Ivory, laser pointers: Banned on eBay
We use cookies so we can provide you with the best online experience. By continuing to browse this site you are agreeing to our use of cookies. Accept Read More